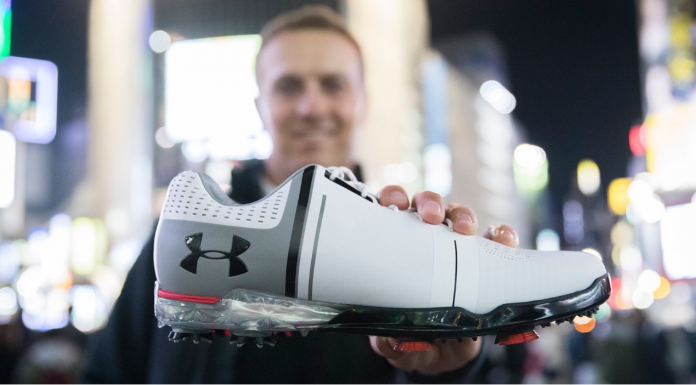 The #SpiethOne Tour begins. Major Champion @JordanSpieth has arrived in Tokyo. Follow along to see it all. #IWILL pic.twitter.com/NOeJLT1RCl

Said Spieth in a press release, “I couldn’t be more excited to officially unveil my first signature shoe, the Spieth One, with Under Armour. I worked closely with the Under Armour footwear team to design an innovative shoe that is grounded in the details of my game. The opportunity to unveil my signature shoe with the amazing fans here in Tokyo is extremely humbling and an experience I will never forget.”

Here’s a look at the slick promotional clip of the new shoe called Spieth One.