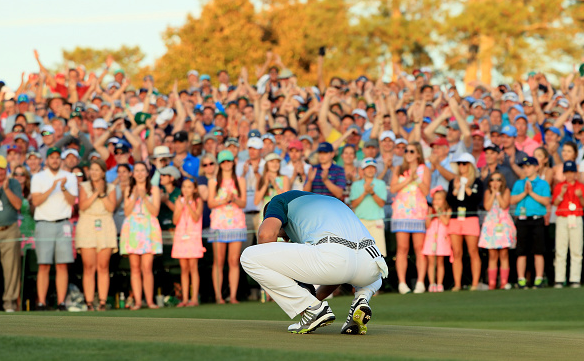 Sergio Garcia, the star-crossed Spaniard, finally broke through on Sunday, and won his first major championship at the Masters. In the process, the 37-year-old Garcia happily relinquished the title of the ‘greatest player to never win a major.’

After four rounds, and 72 holes, at Augusta National, Garcia and Justin Rose ended with the exact same score, a 9-under-par 279. But on the 73rd, Sergio was two better and secured the vaunted green jacket.

The longer the wait, the sweeter the destination. #themasters pic.twitter.com/rTUzA85Oii