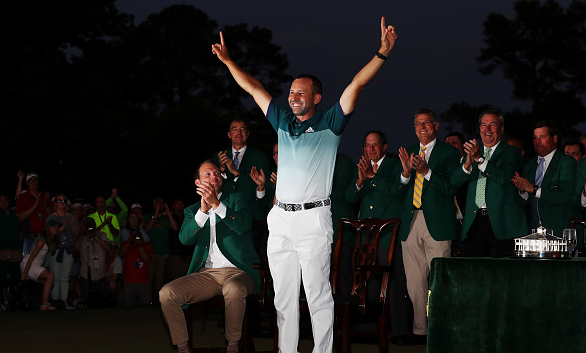 As you know by now, Sergio Garcia won his first major at Augusta National on Sunday, and took home the title of 2017 Masters Champion.

The scenes and reactions after Sergio’s birdie-putt dropped was epic, and will go down as one of the most memorable in the history of this storied tournament.

Sergio reacts after the winning putt drops in the playoff hole at Augusta National’s 18th.

Sergio gets a hug from his fiance Angela Akins after clinching the green jacket.

Sergio is awarded his green jacket, and placed on him by last year’s champ, Danny Willett.

Sergio speaks to the Augusta dignitaries and audience, then accepts the trophy.