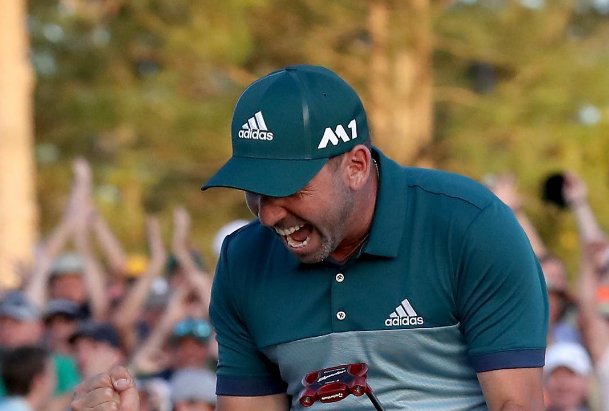 After many years of heartbreak at major tournaments, Sergio Garcia finally got the job done with a birdie on the first playoff hole to win the Masters. Garcia outlasted Olympic Gold Medalist Justin Rose after both players finished at 9-under after 72 holes.

Let’s take a closer look at what Garcia wore, played to win his first green jacket.