2019 meets 1979. Tiger, Rory, DJ, Jon and Jason go back in time and let it rip with the Original One, the very first metalwood. #TaylorMade40 #TeamTaylorMade

A look at the Original One compared to its 2019 version. 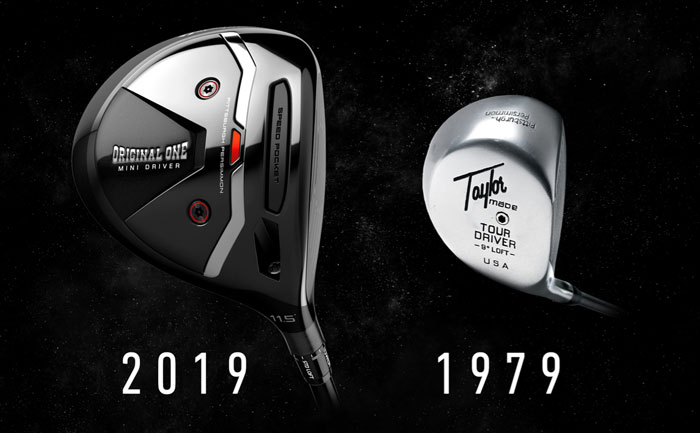 In 1979, TaylorMade introduced the Pittsburgh Persimmon — THE original metalwood. Its 2019 Original One Mini Driver incorporates that heritage with “key performance technologies, packed into a confidence-inspiring shape that delivers on distance, forgiveness, and accuracy,” according to its website.