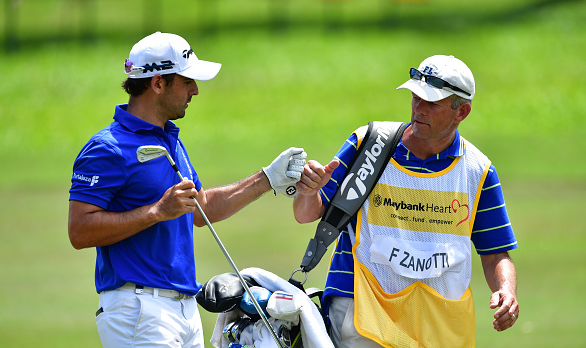 Frank Zanotti made an eagle on the final hole to win his second European Tour title at the Maybank Championship.

The Paraguayan began the day six shots off the lead at Saujana Golf and Country Club but a birdie on the 71st hole saw him hit the top of the leaderboard for the first time all week.

Even better was to follow on the par five 18th as he got on the green in two and rolled in a 15 foot putt to sign for a 63 and a 19 under par total.

American David Lipsky had been the leader over much of the back nine and he too birdied the 17th but could not repeat the trick on the last to set up a play-off.

Danny Willett entered the final day with a three-shot lead but a closing 73 saw him slip to 15 under alongside China’s Li Haotong.

“It feels really good to be a winner again. I’ve been working a lot and I was not in my best run of form, missing three cuts in a row, but that’s in the past and today I’m a winner again and it feels great.”