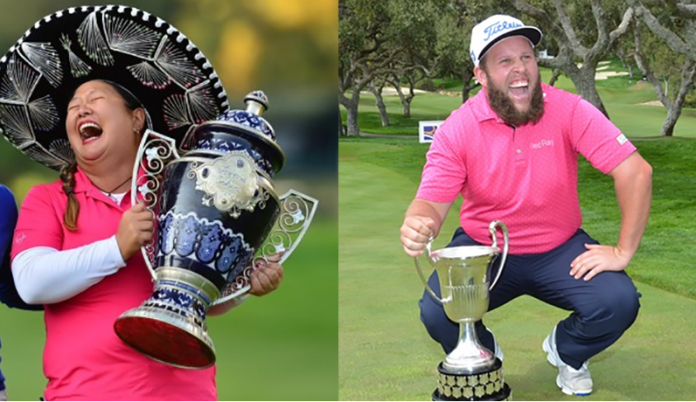 Christina Kim and Andrew ‘Beef’ Johnston are two of the better pro golf-related follows on Twitter. Both engage with the fans, and have a great sense of humor.

So it was double the fun to follow the two of the them going back and forth, discussing the ever-important subject of golf tan lines.

Kim, who is in Taipei for the Fubon LPGA Taiwan Championship, started it off by tweeting a video of herself with a text overlay of “I feel like a newborn calf. How do these things even work?”

‘Beef’, who is a newly minted member of the PGA Tour, noticed the color contrast between Kim’s feet and legs (the dreaded pro golfer’s tan).

And off they went.

U still have socks on ?? https://t.co/htVfMz1WTN

You be careful! I actually wear @injinji toe socks! That's what lady pros have to deal with because we get to wear skirts and shorts ?? https://t.co/JzV5k9cPWx

Dw I'd rather have white feet than white everything except my head and half my arms ??. https://t.co/mjPbSOJUaE

Kim closed it out “for the win,” by referring to her look as “monkey feet.”

I'm so used to tan lines that I always get weirded out seeing people with legs the same color as their feet! Monkey feet for the win! https://t.co/WEqEj7dKsY

Others call it the sock tan.