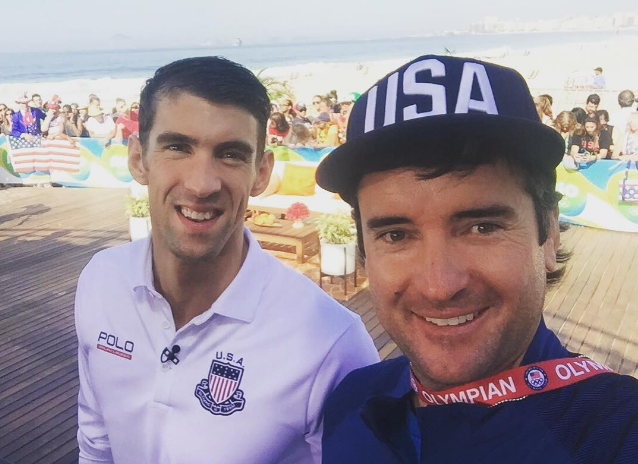 Now that men’s Olympic golf has finished its first event in 112 years, the spotlight shines on the women. Unlike the men, all of the top female golfers will be representing their countries, including world #1 Lydia Ko (NZ), world #2 Ariya Jutanugarn (THA), and world #3 Brooke Henderson (CAN).

Even LPGA legend, and new Hall of Famer, Inbee Park, who has missed most of the season with a thumb injury, will be there.

In the U.S., all eyes will be on the three American representatives: Lexi Thompson, Stacy Lewis, and Gerina Pillar. And while a little under the radar, with the big three snagging so many headlines, they all still rank in the top 15, and are motivated to win a medal for their country.

The three have expressed great excitement on social media for this week:

Got to practice for a few hours today, and it is an amazing atmosphere here on the course! @teamusa #olympicgolf

Only one more day till I leave for Rio!! Can't wait to represent my country in the @olympics ??? #dreamcometrue @teamusa #olympicgolf

3 Non-Medalists That Should Be Happy About Their Olympic Performance

1. Thomas Pieters (BEL): That third round 77 was ugly, but for three rounds: 1, 2, and 4, Pieters was one of the best players out there. He has only played two majors, in addition to two WGC events, in his young career, but he showed in the Olympics that he can be competitive in high-pressure tournaments with high-quality fields.

2. Marcus Fraser (AUS): Fraser did not get into the Olympic field until Jason Day, Adam Scott, and Marc Leishman all withdrew, but with a T5, he showed that when he’s on, he is as good as any Aussie. His first-round 63 is the Olympic record (tied with Matt Kuchar). That last round was disappointing, but this experience should aid Fraser greatly in future majors.

3. Rodolfo Cazaubon (MEX): Cazaubon has had a poor season on the Web.com tour, ranking 118th on the money list and missing 11 cuts in 17 events, but had a very promising week in Rio, bouncing back from a first-round 76 and finishing -6 over his last three rounds. It is a great sign for Mexican golf, which has a very small presence globally. At 361st in the world, Cazaubon is the Mexico’s highest ranked golfer.

Bubba Watson seems to be enjoying the Olympic experience as much as anyone, taking everything in and sharing his experiences with everyone else. Bubba’s message to the elite golfers who passed over the Olympics was clear: you missed out!

Two U.S. stars with 28 Olympic Medals between them!

Sharing in the joy of the U.S. Women’s gold medal winning rowing team.

Awesome to see @mattkuchargolf get a medal today!! #USAGolf #TeamUSA ??

Wow I got selfie with @kledecky she's hard to catch!! #TeamUSA

A few days ago, we shared some of the humorous and very enthusiastic tweets from @OlympicGolf_IND, who had been closely following SSP Chawrasia and Anirban Lahiri in Rio.

While India was not able to get on the podium, they have another chance this week:

Come 17 Aug, another #RisingStar will don the #IND colors. This time in the field of #Golf. #Rio2016 @IndiaSports pic.twitter.com/NPE9vL593f

Argentine golfer and Olympian Emiliano Grillo made headlines early in the week when his clubs did not make the flight to Rio with him. It was a tense period while Grillo was waiting for his clubs, but they were eventually found and delivered.

I am never letting you go again… Until next flight… ?

The 23-year-old Tour rookie played well, finishing T8. On his way out of Rio, he could not resist taking one more shot at the airline:

New trip, new adventure! Had to say goodbye to my clubs again ? good thing I'm not playing next week ??

Robert Allenby was charged with disorderly conduct and criminal trespassing early Saturday morning in Rock Island, IL, near the site of the John Deere Classic. It may be a new low point for the former Aussie great who has missed 67% of his cuts over the past five seasons, including 20 of 22 events this season, and has plummeted to 1257th in the world.

His arrest comes a year and a half after the strange incident at the Sony Open in Hawaii, where Allenby claimed to have been kidnapped and beaten.

See you guys next week @WyndhamChamp!!

Fowler badly wants to represent the U.S. at the Ryder Cup. With the top 8 in the Ryder Cup standings  qualifying automatically, Rickie is on the outside looking in, currently in 12th place. He figures to have a great chance of being a Captain’s pick if he does not finish in the top 8, but he decided it would be safer to enter the Wyndham anyway.

Due to a waterlogged course, the final round of the U.S. Senior Open was moved to Monday. At the moment, it appears that Monday has match play potential with Miguel Angel Jimenez (-3) and Gene Sauers (-2) separating themselves from the pack.

There are a few golfers who could still be a factor, but if they do not get off to a good start, the final round likely turns into a duel. Among those hoping to get back into the tournament, the one to look out for is Bernhard Langer, whose performance in the Schwab Cup is reminiscent of Katie Ledecky in women’s swimming: basically a one-person show.

Justin Rose won the gold medal at the Olympics with a brilliant display of ball-striking, outdueling Henrik Stenson, the best ball-striker in the game on Sunday.