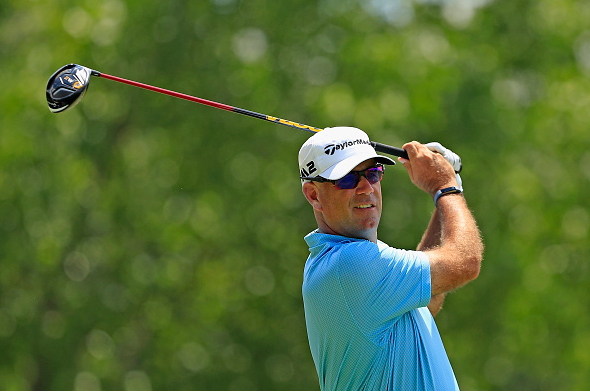 Chad Campbell and Luke List are a stroke back, tied for fourth, at 8-under par, after posting matching 4-under 66s.

Defending champion Daniel Berger fired a 4-under 66 on Saturday to move 25 spots up the leaderboard at TPC Southwind, and into the top-10. Berger shares the ninth spot with David Hearn (67) and Meen Whee Kim (69) at 6 under.

Charl Schwartzel, another 36-hole co-leader, posted a 4-over 74 in round three, and is one of nine players tied at 5-under-par, along with first round co-leader Matt Every (71) and Phil Mickelson (69).

Brooks Koepka and Adam Scott headline a group of ten players at 4-under, and five back of the lead.

“It’s a moment you don’t really get to experience that often, even if you’ve played on the tour for 21 years. This may only happen a handful of times. Maybe a few more. So it’s a really sweet feeling.”
–Stewart Cink