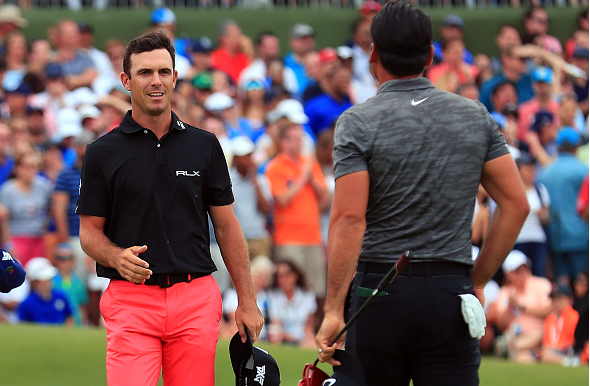 Billy Horschel won the 2017 AT&T Byron Nelson, edging former World No. 1 Jason Day in a playoff. It was the former Florida Gator’s first PGA Tour title since the 2014 Tour Championship.

Both players finished at 12-under par, but Horschel was able to tap-in for par on the first playoff hole, while Day missed what looked like about a 3 1/2 footer which would have forced a 2nd sudden-death hole.

James Hahn, the 54-hole leader, finished solo-third at 11-under, while 36-hole leader, Jason Kokrak, ended with a 10-under for his four rounds (T4) of golf at TPC Four Seasons.

Here are the highlights from Sunday’s final round at the AT&T Byron Nelson (via the PGA Tour).

The fine folks at the PGA Tour, aka the golf media monopoly, have been kind enough to post additional highlights of both Horschel and Day on Youtube.

And FOR NOW they’re publicly available to share. So here you go. (/TIC)