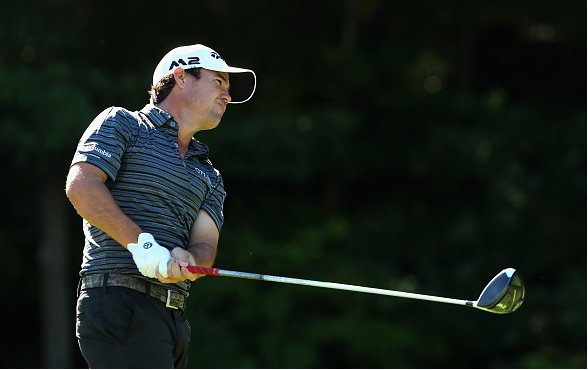 Brian Harman was very nearly the 2017 U.S. Open champion, holding a 54-hole lead and taking an amazing 20+ hole bogey-avoidance streak onto Sunday’s back nine, before an untimely pair of bogeys allowed eventual champion Brooks Koepka to accelerate past him.

Harman still finished T2, which is much better than his previous best result in a major (T26), but it was still a difficult pill for him to swallow after being so close.

Just five days later, however, the recent winner of the Wells Fargo seems to have put it behind him. A 4-under 66 after the first round of the Travelers Championship has Harman in a tie for sixth, just three strokes behind the lead of Jordan Spieth.

“I put all that to bed. Once the tournament’s over with, it’s over with for me. Obviously I would have loved to have won last week but my focus is on this week and trying to play well.”
–Brian Harman