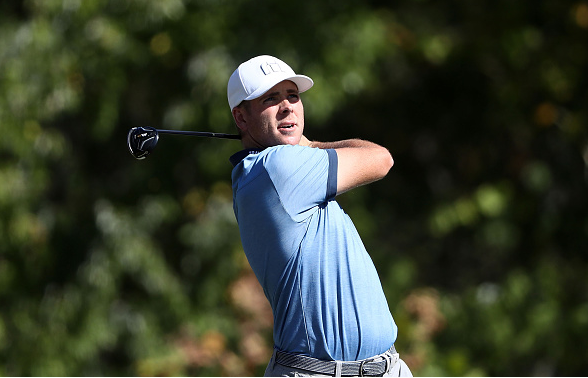 Luke List and Chris Kirk both shot 7-under 65s during the third round of the Sanderson Farms Championship, and both are tied for the lead through 54 holes at 14-under par.

Cody Gribble, who is tied for third with Graham DeLaet, and Lucas Glover at 13-under, will be paired with List and Kirk in Sunday’s final group at the CC of Jackson.

The rookie Gribble and List are seeking their first win on the PGA Tour, while Kirk is a 4-time Tour champion, including a win at this event in 2011.

Kirk was asked if his experience will give him an edge on Sunday.

“It helps a little bit, I guess,” said Kirk. “But it doesn’t make it any easier. Winning out here is extremely difficult. You have to play incredibly well, and you have to get some good breaks along the way.

The key to List’s game has always been power. And today he combined it with accuracy. The long bomber averaged a mind-blowing 349.7 yards off the tee, while still managing to hit over 70% of his fairways (10/14). List was even better on approach shots, nailing 14 of 18 greens for 77.78% GIR.

Andres Romero with a beautiful hole-out birdie from the bunker on the par-3 10th hole.

“The more chill I can be (on Sunday), the better off I’ll play, I know that. Of course, there will be nerves. There will be nerves for everybody in the last couple of groups. Otherwise they wouldn’t be human teeing it up.”
–Luke List, Co-Leader through 54 holes.