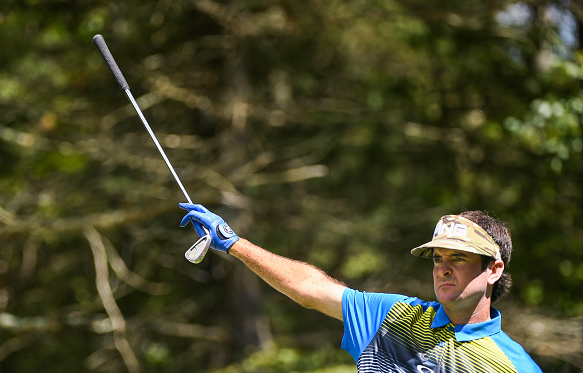 That makes 11 of the 12 spots on the team spoken for. The fourth and last captain’s pick will be made after the Tour Championship, which puts pressure on a number of players in the field.

Here are the players Love will most likely be looking closely at:

Bubba Watson: Bubba had been in the top 8 (which qualify automatically) of the Ryder Cup standings for nearly the entire 2016 season, but dropped to 9th late in the season, after several months of unimpressive performances.

He has not finished in the top 10 in a PGA tournament since early March (he was T8 at The Olympics), but he has been showing better form as of late. At #7 in the world, he is the highest ranked player in the world not currently on the team.

Daniel Berger: The reigning Tour Rookie of the Year would bring some youth to a team that already has plenty. Berger won the FedEx St. Jude Classic in early June, one of his six top 10 finishes this season.

Ryan Moore: If recent form is important to Love III, Moore will have a good chance of being the pick. Since mid-August, he has won the John Deere Classic, finished T7 at The Barclays, and T8 at the Deutsche Bank Championship.

Jim Furyk: Furyk missed three months of the season after wrist surgery, hurting his Ryder Cup standing. He tied for second at the U.S. Open and made international headlines when he shot a final round 58 at The Travelers Championship, the lowest round in PGA Tour history.

One thing working against Furyk is that he did not qualify for the Tour Championship, so he will need to hope that his current resume is enough. Furyk is an experienced Ryder Cupper, but his record has been poor.

Justin Thomas: Currently 12th in the FedEx Cup standings, Thomas has one win on the season, along with four T3’s including one at The Players. He took 10th at The Barclays, but missed the cut at the Deutsche Bank, and was T32 at the BMW.