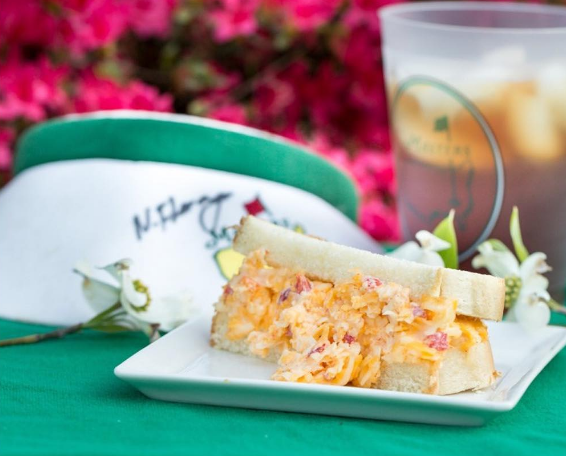 For those of us who won’t be taking in the Masters on the grounds of Augusta National, but would like to enjoy a traditional Pimento Cheese sandwich while watching on TV, here’s how you can make your own.

The original creator of Augusta National’s pimento cheese sandwich was a local caterer named Nick Rango. For 40 years, he made the iconic pimento and egg salad sandwiches for Augusta National and the Masters tournament. But in the early 2000s, Augusta decided to switch sandwich makers, and awarded the contract to a local restaurant named Wife Saver.

Rangos refused to give up his original recipe, and took it to his grave when he died in 2015.

Ironically, Wife Saver lost the Augusta contract years later, when the club decided to bring its concessions in-house, and they also refused to hand over their version of the recipe. So attendees of the Masters are now eating a copycat recipe of the copycat recipe of Rango’s original pimento cheese sandwich.