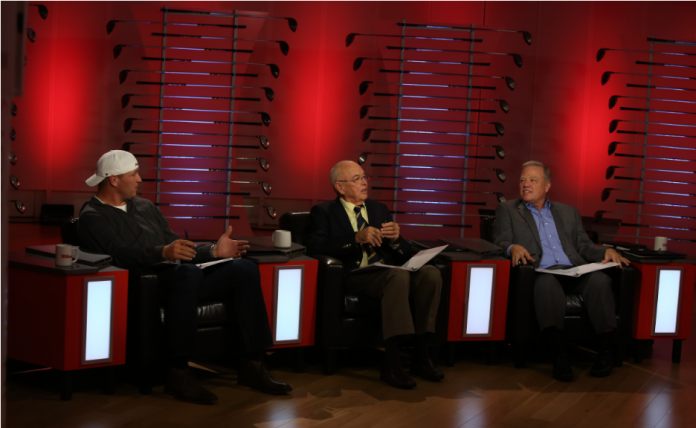 Golf reality shows aren’t that uncommon, but what Wilson Golf is coming up with is something unique. The show titled ‘Driver vs Driver’, pitches 11 hopeful golf equipment designers against each other. It gives these contestants a chance to compete for a prize of $500,000 and an opportunity to have their concept brought to life and sold under the Wilson Staff name.

Each year, Wilson receives hundreds of pitches and solicitations from outsiders. Wilson built on this idea and decided to give enthusiasts a chance to dive into the process of equipment engineering.

Entries closed on August 15th, and Wilson received close to 300 submissions. There were obviously some ideas which weren’t feasible from a manufacturing, or conforming, standpoint. The contestants were required to submit a video explaining their driver concept in detail.

The final 11 contestants were then vetted by Wilson’s legal, innovation and marketing teams.

The contestants come in all shapes and sizes: college students, a golf coach, a building contractor, an industrial designer, Ph.D. students and even a former art teacher.

They will be judged by a unique and diverse panel of three judges. Frank Thomas, a former USGA Technical Director, will act as the technical advisor. Brian Urlacher, the former All-Pro linebacker for the Chicago Bears, will represent the consumer. (Urlacher apparently plays more than 250 rounds a year.) Tim Clarke, President of Wilson Staff, will be the third, and final judge.

The show will be hosted by Big Break co-host Melanie Collins. Tour player, Kevin Streelman will join the series beginning in episode 3.

‘Driver vs. Driver’ will premier Tuesday, October 4th on The Golf Channel. The show will consist of seven episodes over eight weeks, with new episodes airing every Tuesday night from 10-11 PM EST.

The series finale will air on Tuesday, November 22nd, which will reveal the winning driver. Immediately after the show, the drivers will be available online and retail websites of Wilson Staff and their partners.