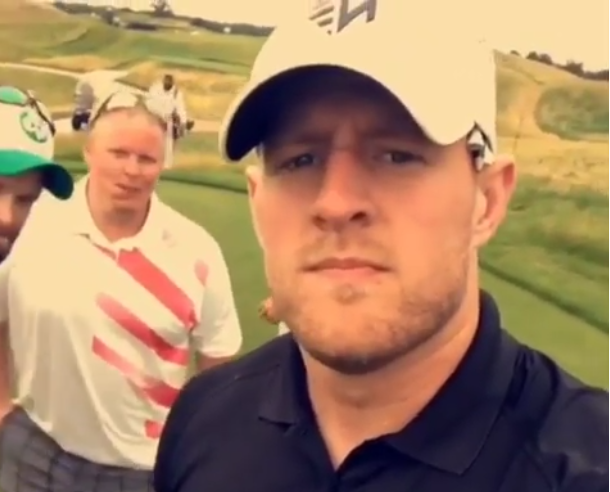 JJ Watt, the consensus best defensive player in the NFL, is a big-time celebrity in his home state of Wisconsin, where he toiled for the University of Wisconsin Badgers before being drafted by the Houston Texans.

Watt got to play Erin Hills the day after the U.S. Open. And while a 117 would be considered a dreadful score for a professional, it was actually a pleasant surprise for Watt, who predicted beforehand that he would shoot a 147.

Golf Digest was able to capture Watt’s snapchat video of his round at Erin Hills, where he had the best score among his foursome, which included brother Derek, who is a fullback for the L.A. Chargers.

J.J. Watt (@justinjames99) posted a not-so-great round at Erin Hills yesterday but his swing doesn't look too terrible ?.

If you took the under… you win.
(Erin Hills is hard, but I suck at golf) pic.twitter.com/LzZiA1WXMi